THOMAS BIAGI AND HIS VALUES

A resourceful driver.
A lifestyle of passion.

Winning driver, TV personality, experienced coach and manager with strong values. Biagi is many things but, above all, he is your organisation’s ideal partner from the Motorsports world, both for sponsoring and incentive programmes.

One of the most appreciated drivers worldwide, he is always looking towards the future and is supported by an established organisation – Thomas Biagi Racing – for an experience where emotions and results, learning and fun, are delivered together through various corporate activities entirely tailor made on your needs.

20 years of racing, with a habit of winning.

With a curriculum of 92 podiums and 6 titles won behind the wheel of Ferrari, Maserati and BMW vehicles throughout over 200 races in various prestigious championships such as Kart, GT1, Superstars – Thomas Biagi is one of the most popular Italian sportsmen worldwide.
The guarantee of partnering with an excellent driver who has won all categories he has raced in and who is still able to offer his supporters the show of podiums, victories and emotions. Over 10,000 faithful followers from Facebook, TV and on track, from everywhere in the world.

Only a champion can guide your company to success.

This is my last theme

The number one talent, also as a communicator.

His communication skills with a pinch of sarcasm have also made Thomas Biagi famous as a TV personality and as Motorsport competitions commentator. Because of his professionalism he is often involved as a pundit in some of the most important sport magazines. With his charisma he is the ideal speaker in congresses and conventions, in motivational and leadership-related speeches. His experience on the track and his talent as trainer attract many drivers looking to improve their skills and see him often involved in fast driving courses both for individuals and organisations, always delivering passion together with results.

From managing himself to manager of sportive marketing.

Thomas Biagi is a self made man, as he built by himself his own brand in 20 years of career, becaming not only a successful pilot, but also a manager of the sportive marketing. Thomas created famous brands as Sogno Rosso – that is a platform of incentive on the track. He projected together with his engeneers an avant-garde single-seated simulator around wich he developped his accademy “Pilots Lab”. He manages since many years projects of sponsoring about his person but also about Formula 1 and MotoGP. Many initiatives that today, together with a qualified staff, he wants to recollect into the Racing Studios.

He won all the categories he raced in: 6 international titles in 14 years

Thomas Biagi: a racer who, driven by his passions, lived a lifestyle within and around racing tracks all around the world: Other than being one the most popular drivers of the international racing world, thanks to the 6 titles won in the four wheels world, his experience in managing racing teams has made of him also a successful manager in the field of corporate incentives.

Thomas Biagi was born in Bologna in 1976, he started his career, like many F1 drivers, from karting (in which excelled), winning the title of Italian Champion. Thomas was a pioneer in the world of the Motorsports, being the first modern driver to race on single-seaters while still underage, at just 16. After a first year in Formula Alfa Boxer, and while still underage, he entered Formula 3, the real training ground of the auto sports. In this category scores various wins before starting a brilliant career in the international F3000, where he clinched the title of European vice-championship, second only to the still very young Felipe Massa. The experience gained in years of single-seaters made it possible for Thomas to test various F1 cars.

In 2003 Biagi decided to make a career change and to leave the single-seaters for the Ferrari covered wheels with a FIA GT Ferrari 550. After 6 wins, 5 of which were consecutive, in 2007 he clinched the title of World Champion in the competitive FIA GT1 series behind the wheel of a Maserati MC12. This triumph also helped him to win the coveted title of “Casco d’Oro di Autosprint”.

In 2009 impossible challenges were a constant in Thomas’ career: raced in three championships: Speedcar Series, FIA GT1 and Le Mans Series. In the Prototypes category he claimed the victory on his debut on the “1000 Km of Barcelona” and finished the season dominating the 6 hours of Vallelunga 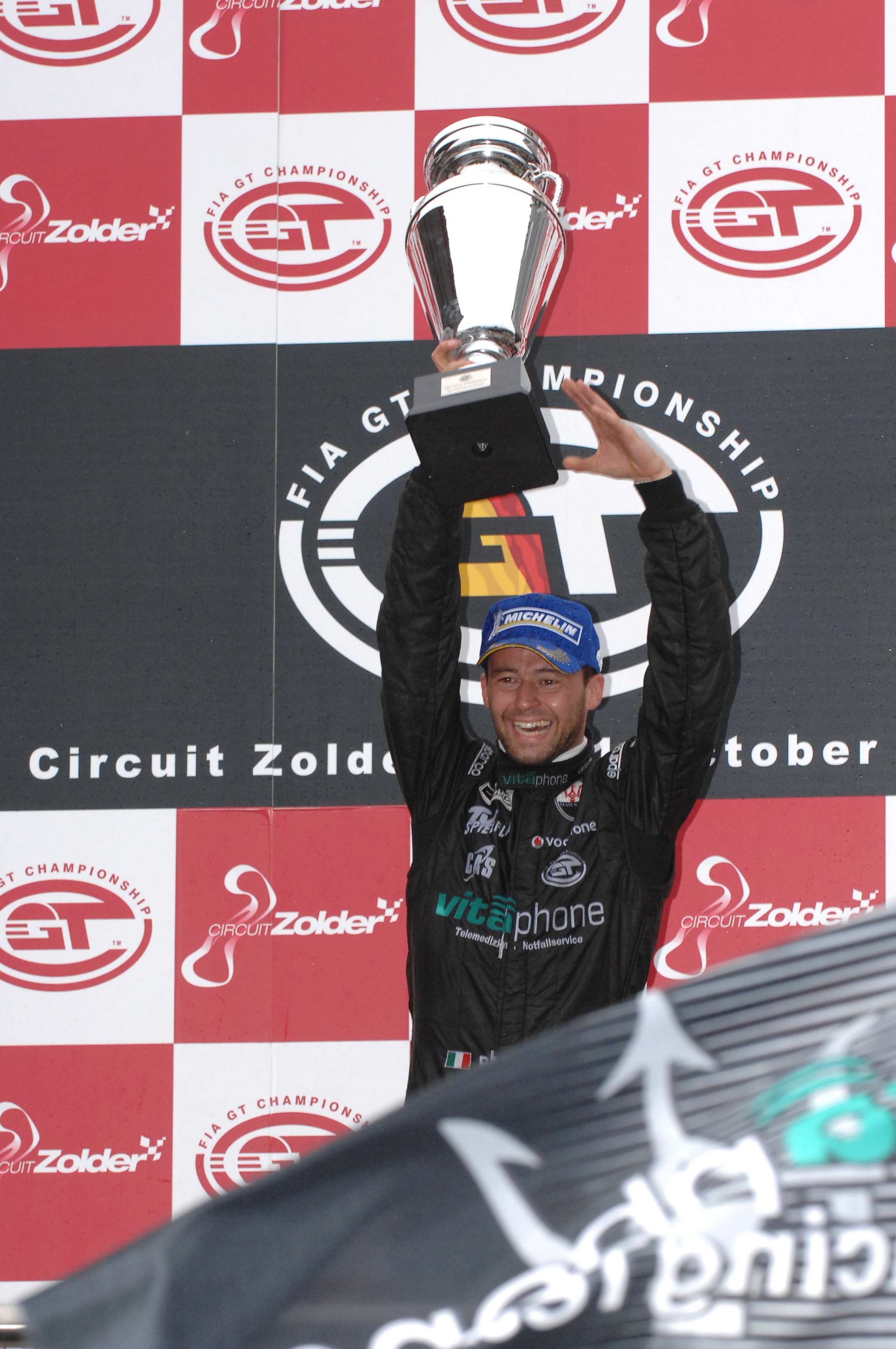 In 2010 another important change followed: Thomas left the FIA GT Championship and chooses the emerging Superstars Championship where he drove with the M3 of Roberto Ravaglia’s BMW Italia Team where he raced for 3 seasons. Thanks to 3 wins and 8 podiums he became both Italian Champion and International Champion on his first attempt.

The 2012 season was then very intense: Thomas took part both in the Superstar Series and in the Italian GT championship with the tried and tested M3 in the first category and a Z4 GT3 in the other. He finished third overall in the superstar, but clinched the title of Italian GT Champion with great satisfaction of the Bavarian Brand which awarded the three titles won by Thomas, along with his most prestigious award: the BMW Sports Trophy, surpassing over 243 competing drivers. The prize came with a test with a DTM car in Valencia.

In 2013 there was yet another change: Thomas left BMW for the three-pointed star of Mercedes. He raced in the International Superstars Championship driving a Mercedes C63 AMG, winning from the start in Monza, and fighting till the end for the title.

In 2014 Biagi decided to go back to the international stage with the world most selective single-make: the Porsche Supercup International. His seasonal score included two wins in GT: one in the ”6 hours of Rome”, behind the wheel of a Audi R8 GT3 and on in the Bologna Motor Show, during the last race driving a BMW M3 “E92”.

In 2015 Thomas raced in the Italian Gran Turismo Championship, behind the wheel of a McLaren 12/C GT3, both as a driver and Team Principal, under the team Scuderia Racing Studios, founded by himself. The greatest achievement here is the double pole position in the Imola race.

GT Open International behind the wheel of a Huracan GT3 with the Lazarus team. With 1 win, 8 podiums he clinched the title of Champion on his debut in the category.
2017 was a natural continuation of this career. Biagi stayed loyal to Lamborghini and to the GT Open International Championship, but changed team, moving to the Mirandola’s Imperiale Racing team with a Huracán GT3 to defend the title and the number one plate won on the field.
As of now, three races from the end, he is still Leader of the Championship.

This website uses cookies to improve your experience while you navigate through the website. Out of these, the cookies that are categorized as necessary are stored on your browser as they are essential for the working of basic functionalities of the website. We also use third-party cookies that help us analyze and understand how you use this website. These cookies will be stored in your browser only with your consent. You also have the option to opt-out of these cookies. But opting out of some of these cookies may affect your browsing experience.
Necessary Always Enabled

Any cookies that may not be particularly necessary for the website to function and is used specifically to collect user personal data via analytics, ads, other embedded contents are termed as non-necessary cookies. It is mandatory to procure user consent prior to running these cookies on your website.